In the last years of the nineteenth-century, Lord Alfred “Bosie” Douglas was a frequent visitor to Paris, where he owned a flat and was a prolific lover of local boys. His friend Oscar Wilde died there only a month after the incident to be related, when Bosie was aged thirty.

The Parisian newspaper reports which follow seem to have attracted little attention, though Timothy d’Arch Smith unearthed two of them, and published the one from Le Journal of 26th October 1900 in his Love in Earnest: Some Notes on the Lives and Writings of the English “Uranian” Poets, (London, 1970), pp. 48-50. Though it calls Douglas “Lord X”, it is the one of much the greatest interest, since it alone tells the full story, but it was the following day's issue of La Liberté, which, while briefer, gave Douglas's name in full.

Here are presented the original texts, for readers of French, together with translations, of two reports.

First is the one in Le Journal: 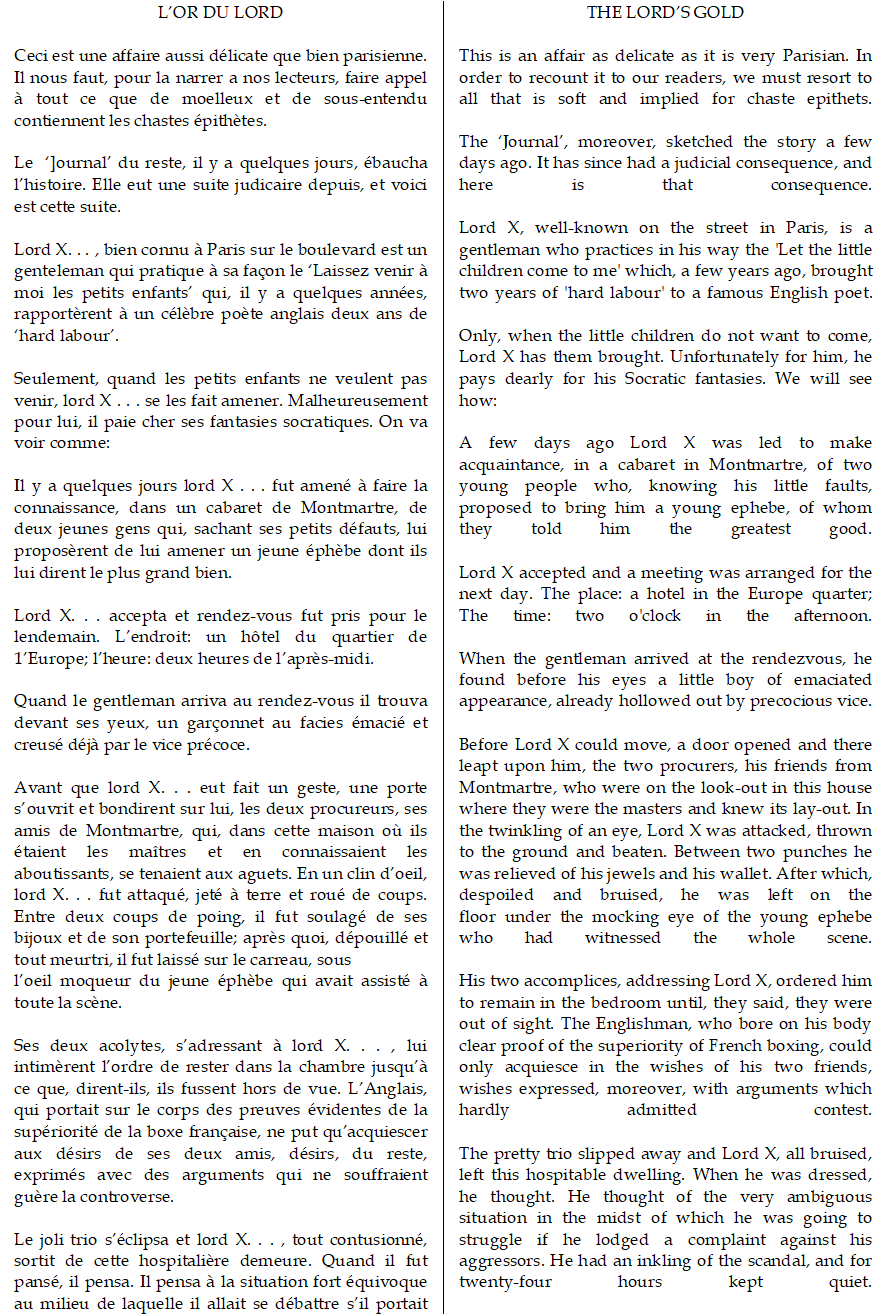 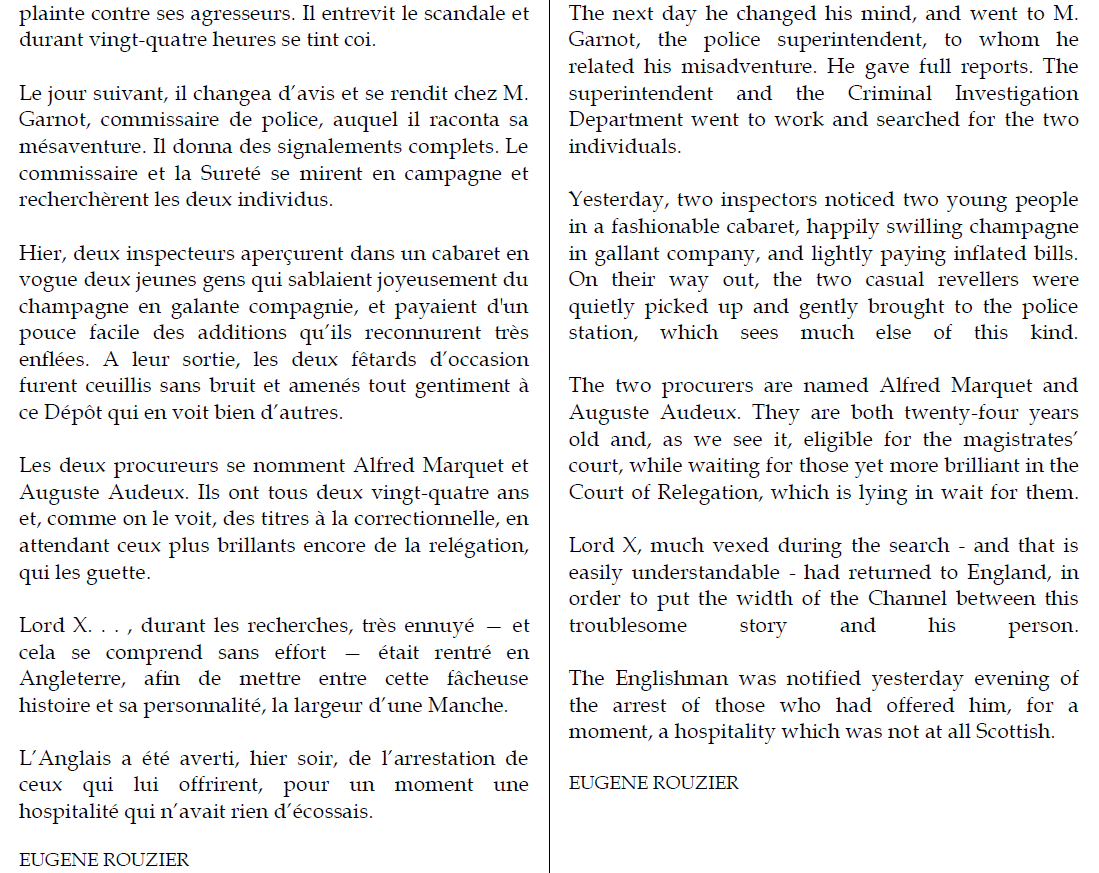 The report from Le Figaro, which follows, was also published on 26th October. It did not tell the real story, but it revealed that the robbed man in clearly the same incident was “Lord Douglas”, paving the way for La Liberté, to give his name in full the next day. 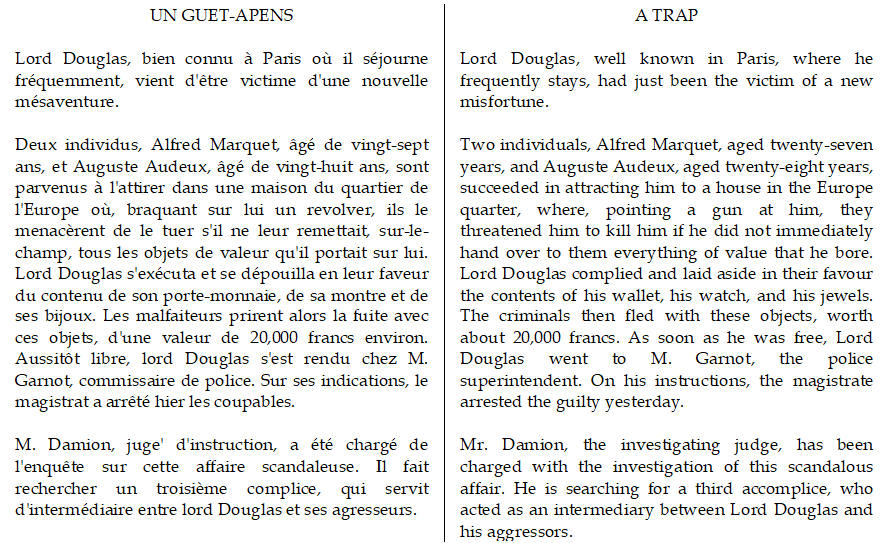