Possibly the most entertaining anecdote ever told on the subject of Greek love The story of the Pergamese boy was recounted by the Roman courtier Petronius in his Satyricon.

After his imprisonment in England for gross indecency with boys, the pre-eminent Irish wit and boy-lover Oscar Wilde spent his last years as a refugee in Paris,    Coming into his hotel there one evening with his arm around a pretty pageboy, he was spotted by a old friend who had not seen him for a few years.

"But Oscar," said the friend, "I thought you were going to turn over a new leaf."

"I shall," replied Wilde, "when I've got to the bottom of this page."

Two middle-aged boy-lovers who were partners in a clothing store hired a new boy, a fetching young lad with the allure of a movie star. One of the partners predicted, "If somebody doesn't watch out for that kid, he's going to be taken advantage of. I think it's up to us to teach him what's wrong and what's right." "Good idea," his partner agreed. "You teach him what's right."

Q: Why is Santa Claus always so jolly?

A: He knows where all the naughty boys live.

Jonnie comes home from school one afternoon, all excited. "Hi Mom!" he shouts, throwing off his satchel and bounding into the kitchen. "Hi Jonnie!" say mother, giving him a kiss. "Here, sweetie, I've got some hot chocolate all ready for you." "Aw Gee, thanks, Mom!" Jonnie swigs the hot chocolate and gets a chocolate milk moustache. "Guess what, Mom! Today me and the fellahs went out back behind the the school during recess and compared weenies. And guess what: mine was the biggest!" Mother replies: "Well of course, Jonnie. You are their teacher."

The following is from the Qing-era Chinese jestbook, Xiaolin Guangji (A Vast Record of the Forest of Jokes):

A man was sick, and the doctor told him, "You must use boys’ essence with warm water to get well.” The patient took a container and went out looking for the essence. On the way he met a beautiful boy, and told the boy about his illness and intent. The boy put the container on the ground, took off his pants, buttocks over it.

The patient asked, "The essence comes out of your front. Why are you using your behind?” The boy replied, "You don't know, the amount that comes out is not as much as that has collected.”

For brilliantly-crafted but mischievous humour, read the 25 May entry of The Orton Diaries for an English playwright's account of how he deliberately drove a stuffy American couple away from a Tangerine café by making them overhear his graphic account of sex with a boy.

The following story was recalled by Michael (name only changed), who had a series of intense love affairs with boys in Sydney, Australia, in illustration of the fact that, unless misinformed otherwise, boys instinctively know Greek love affairs have nothing to do with either party being gay.

One night in the early 1980s, when he had just fucked his inamorato of the time, a beautiful blond of about 13, the boy turned to him and said "Mike, you won't believe this, but one of them bloody pooftahs tried to pick me up yesterday!"

I
There was an old man of Brienz,
The length of whose cock was immense.
With one swerve he could plug
A boy’s bottom in Zug
And a kitchen-maid’s cunt in Coblenz.

A gargantuan implement in truth, seeing that the distance from Brienz to Zug is 58 kilometres, and to Coblenz immeasurably greater. If the author of this poem was not stretching a point, somebody else was plainly stretching a penis. The Swiss, for the rest, do not seem to be favoured in this respect (G. Westlake, F.R.S., Penis-measurements in the Alps, London, 1889, plates V to XXI).
The nearest approach to such an object is what I have seen amongst the Masai, whose organs were also thrown on the screen many years ago during a lecture by Mrs. Sheldon to a select but delighted audience at the Zoological Society’s rooms. The queer copulatory methods necessitated by such growths have been described with great detail by a number of Christian missionaries, who are keenly interested in such matters.
I should like to point out the the word “plug” does not rime with “Zug” except in Lancashire.
We may hazard a guess that the author of this poem was born at Accrington.

Variant to last line:
And he out with his cock, and he did——which, to my way of thinking, is a little gross.
Nothing venture, nothing win; moreover, to the pure all things are pure, and none but the brave deserve the fair. It takes a brave man to act like this in broad daylight (“you see if I don’t”: who can see at night-time?) and in a town like Madrid, where these practices do not seem to be prevalent. A recently published book, The Quest by Pio Baroja, deals largely with the poorer boys of Madrid, and contains not the least hint of such things. But this may prove nothing more than that the author was too decent-minded to give his young friends away.
Some Spanish kids are remarkably pretty, and have the most engaging manners—which they lose soon enough, together with their looks. The old man in the poem no doubt gave this particular one a few chocolates or a packet of cigarettes, or even both, and made an appointment for another meeting.
Who wouldn’t?

III
There was a young man of Madras,
Who was having a boy in the grass,
When a cobra-capello
Said: “Hello, young fellow!”
And bit a piece out of his arse.

Late Victorian.
This is the second instance of a serpent speaking in the tongue of man, and quite as authentic as that recorded in Genesis.
Yet there is something wrong here. Cobras do not tear pieces of flesh out of their victims’ bodies. As everybody knows, they inject poison: a poison so lethal that it is responsible for several thousand yearly deaths in India alone. Among the most famous researches into cobra-poison are the early ones of Sir Jos. Fayrer. They were conducted over a period of three years, and led him to the conclusion that antidotes such as aristolochia (proposed by Tennent and others) were of no avail. The treatment of snake-bite has made great strides since those days.
It is to be feared that the young man commemorated in this poem had no antidote at hand, and that he therefore paid with his life for what, in India, is a matter of individual taste.

IV
Thus spake the King of Siam:
“For women I don’t care a damn.
But a fat-bottomed boy
Is my pride and my joy—
They call me a buggar: I am”.

Collected by Norman Douglas and published in his Some Limericks in 1929. 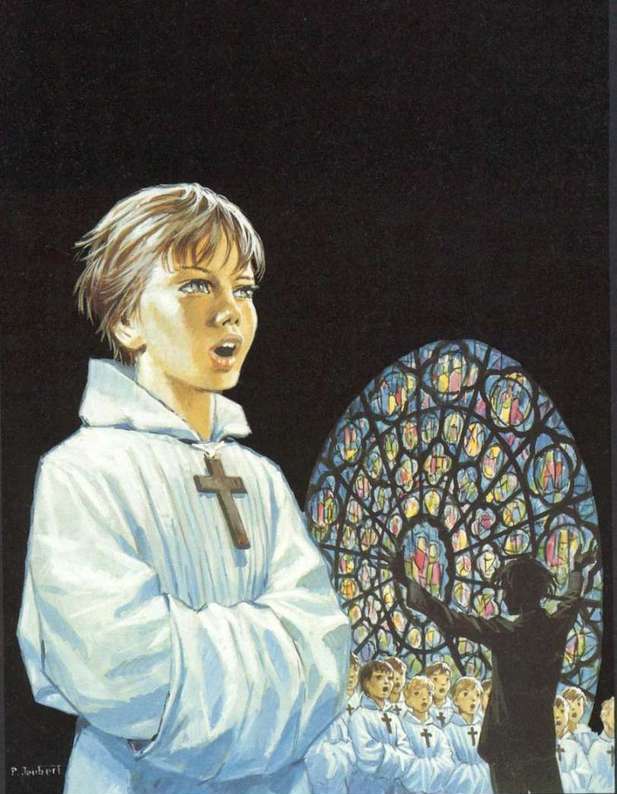 There once was a bishop of Birmingham
Who buggered two boys while confirming 'em.
To roars of applause
He tore down their drawers
And pumped his episcopal sperm in 'em.

But there was no stopping this two,
Who cried as the bishop withdrew
"The vicar is quicker
And thicker and slicker
And two inches longer than you!"

VI
"There was a young chaplain from King's
Who talked about God and such things;
But his real desire
Was a boy in the choir
With a bottom like jelly on springs."

Of unknown origin.  This was recited by the actor Stephen Fry on British television to the predictable fury of those who will not tolerate any dissent from the dogma that any desire for boys by men is so evil as to be unfit for humour.  It was not the first time this profoundly humane man fell foul of them on these grounds.

There was a young man of today
Who wondered if he were gay.
But he clicked on "greek-love",
Found it fit like a glove,
And his boy gave a mighty "Hooray!"

All four appeared in the oldest surviving, 1652 edition of Antonio Rocco's Alcibiade fanciullo a scola (Alcibiades the Schoolboy), where they are ascribed to "M.V.", of whom nothing further is known.  The translations here are by J. C. Rawnsley in his 2000 edition (Entimos Press, Amsterdam).

So never shove your punt-pole

In some exquisite bum.

O cheating poets, tell us true;
Which is the finer thing to do;
Under a frock to take your chance,
Or in some pretty schoolboy’s pants?

I know you are buggers bold,
So plainly let the truth be told;
Otherwise, I’ll call you thickheads,
Wankers, pricks and brainless dickheads.

But as for me, I am not able
To speak a lie, nor tell a fable;
No cunt my balls will ever see;
Against a lovely bum they’ll be.

O cunt, I do not wish to pain you;
It truly hurts me to disdain you,
But I’m angry that men of charm and wit
Shove their tools in your soggy pit.

I fear to offend (though my words may be true),
But all of them fuck just as animals do;
How can we men, with our intellects fine,
Plunge into cunts, just like donkeys and swine?

All hail to those holy Athenian sages
Who delivered us men from our bestial cages!
So like Socrates, Plato, and all of their chums,
Let us lodge our utensils in pretty boys’ bums.

O sages who wander in scholarly halls,
And write all these thousands of pages of balls,
Behold all who read with perplexity sighing;
Tear up your parchments, and finish your lying!

Monks in your monasteries, getting your kicks,
By dreaming of boys, and their bums, and their pricks;
Stop telling lies, O my sanctified Brothers!
And stop writing garbage you’ve copied from others!

You are shackled like oxen to plough and to cart,
And for all your false learning I don’t give a fart;
Seek out the truth (there’s but one place to look);
Spend just an evening in reading this book.

The intimate friends of the Dean
Will I'm sure understand what I mean
When I say that I think that the boys in the choir
Should wholly be furnished with drawers of barbed wire.

If you would like to leave a comment on this webpage, please e-mail it to greek.love.tta@gmail.com, mentioning in the subject line either the title or the url of the page so that the editor can add it.

An alternative I heard of one of them:

There was a young man of Madras,
Who was having a boy in the grass,
“It looks kinda thick,
So I’ll give it a lick,
Before you start to tear up my ass”